The Eruption Of Mount St Helens - Watch The Devastation

It occurred on May 18th back in 1980 when Mount St. Helens erupted in a huge volcanic explosion, arguably the most disastrous volcanic eruption in U.S. history. The eruption caused the entire weakened north face to slide away, creating the largest landslide ever recorded, which travelled at 110 to 155 miles per hour and devastated everything in its path.
A deadlier force competed with the landslide; it moved at a faster speed and offered a greater level of devastation. The pyroclastic flow released by the eruption raced over the moving avalanche and spread outwards, devastating a fan-shaped area 23 miles across by 19 miles long. 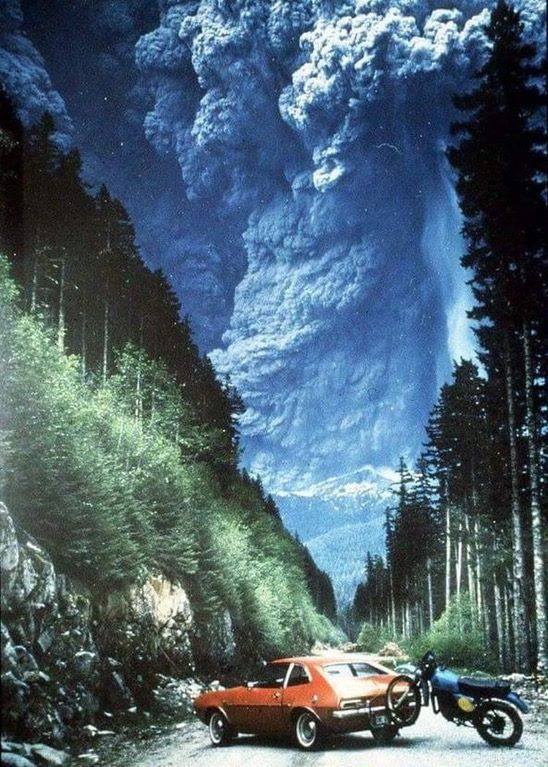 A huge eruption column rose 80,000 feet into the atmosphere, and eventually dumped ash over eleven U.S. states. At least 57 people were killed directly by the St Helens eruption. It reduced hundreds of square miles to wasteland killing an immense amount of wildlife. During the nine hours of vigorous eruptive activity, about 540,000,000 tons of ash fell over an area of more than 22,000 square miles.
Did you enjoy that? Would you like to know how you can help keep the lessons we have learned alive for future generations? Click Here!