The Day A B-25 Crashed Into The Empire State Building 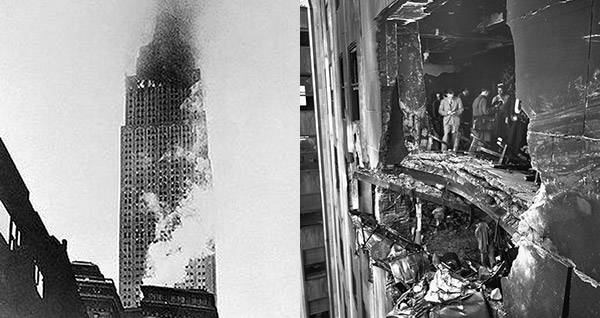 It was on July 28th back in 1945 when a B-25 Mitchell bomber that was lost in fog crashed into the Empire State Building. The freak accident occurred at 9:40 a.m. whilst the bomber was carrying out a routine personnel transport mission. Taking off from New Bedford, Massachusetts, the plane was originally headed to LaGuardia Airport in New York City, however due to fog it was directed to Newark Airport instead. Lieutenant Colonel William Franklin Smith Jr. was piloting the B-25 Mitchell bomber, alongside a co-pilot and one passenger. The bomber approached Newark Airport and asked for clearance to land, before becoming disoriented by the fog. 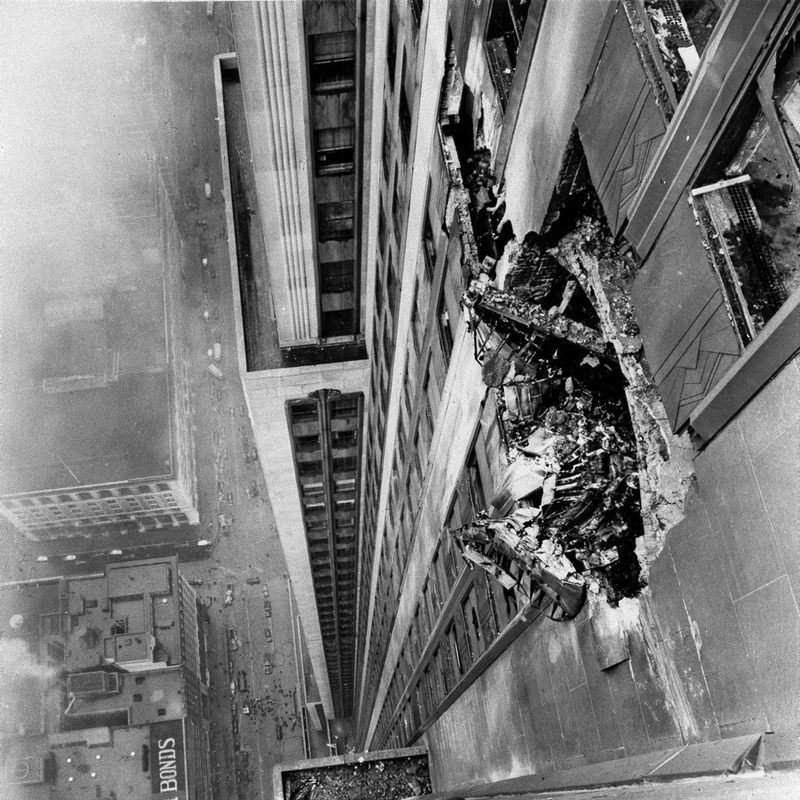 The plane crashed into the north side of the Empire State Building, between the 78th and 80th floors, and created an 18-by-20-foot hole in the building. Bits of the plane exploded in several directions. One of the plane’s engines went through the building and fell 900 feet before crashing through the roof of a penthouse art studio and burning it down. In total fourteen people were killed in this tragic accident: three aboard the bomber and eleven people in the building. One of the strangest elements of this story is that it created a Guinness World Record for the longest survived elevator fall. Betty Lou Oliver was injured when the cables supporting her elevator sheared and the elevator fell 75 stories, ending up in the basement! It is a record that still stands to this day. 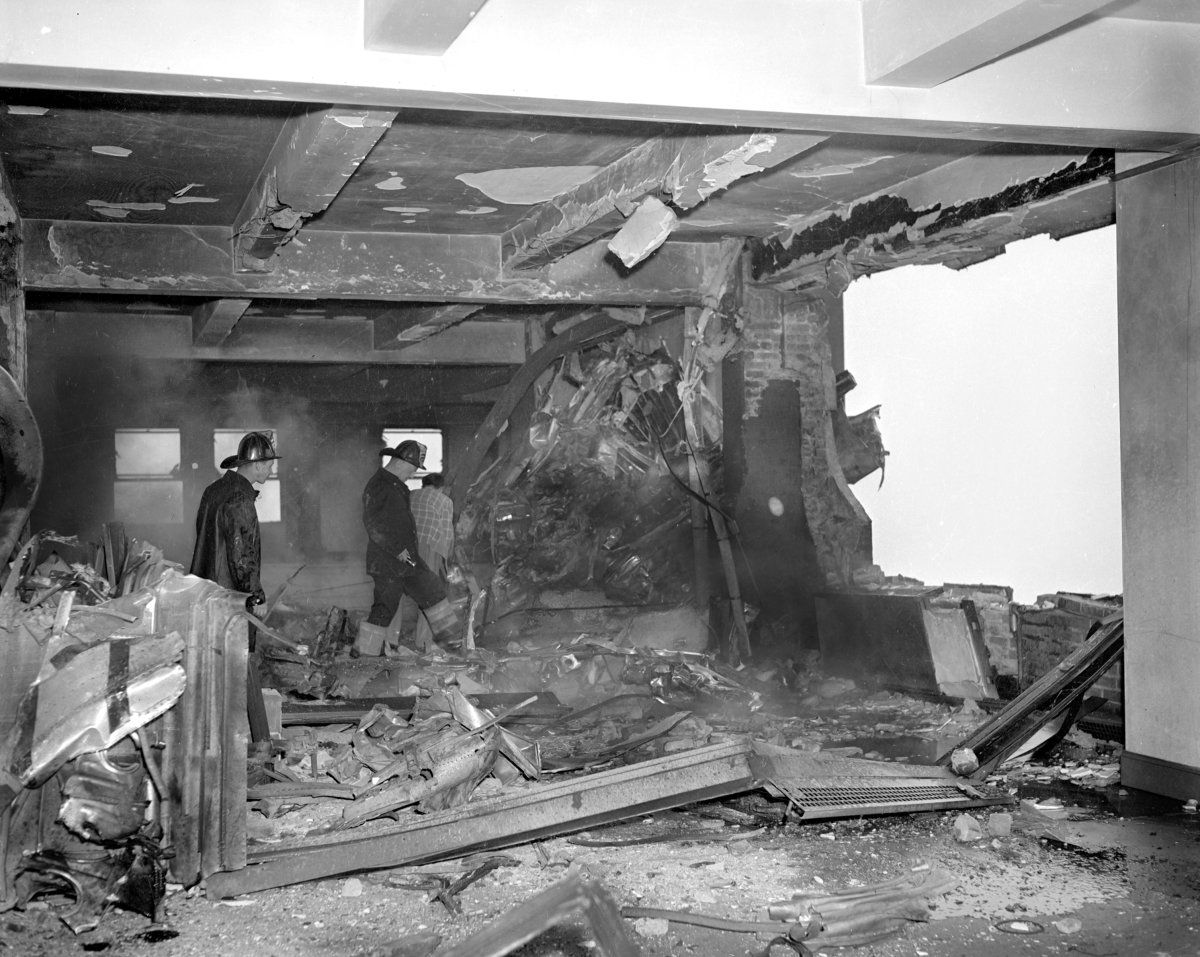