The Bombing Of The Conservative Party Conference In Brighton 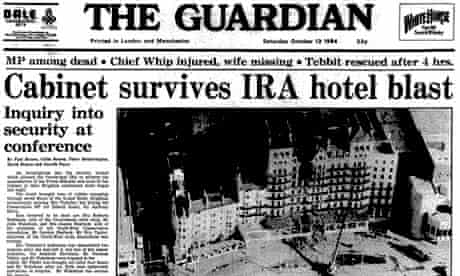 It was on this day, 12th Oct, back in 1984 when a bomb exploded at the Conservative party conference in Brighton’s Grand Hotel. The attack was carried out by the IRA who were attempting to wipe out Margaret Thatcher and her government, who they blamed for the death of hunger strikers including Bobby Sands who’d died a year earlier. 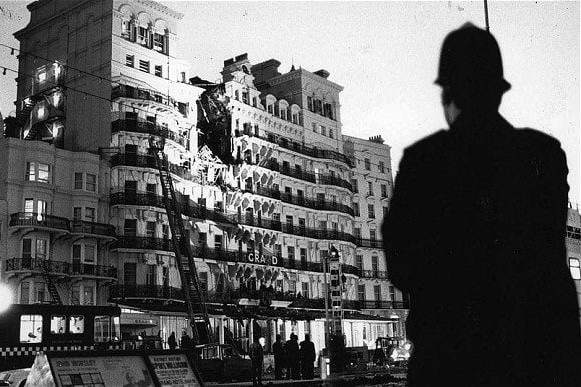 The device used was 20lb gelignite bomb and it had been planted three weeks before its detonation by IRA explosives expert Patrick Magee. Magee checked into the hotel and stayed in room 629, which was five floors above the hotel’s VIP suites. The device was hidden behind the bath panel in the bathroom. It exploded as planned at 2:53am when most of the hotel’s 318 guests were asleep in bed. Thatcher was still awake working on the speech she would be giving to the conference the following day when the bomb exploded. 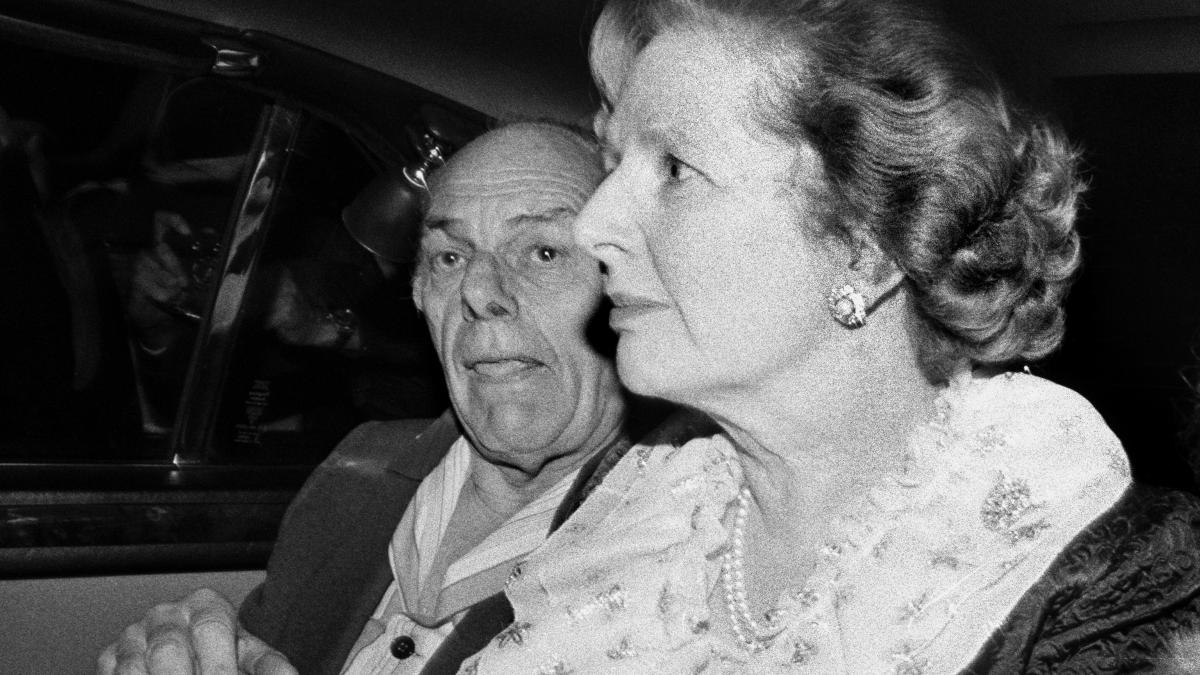 The explosion ripped through the top floors of the hotel, creating a huge hole in its front and causing a chimney stack to collapse and crash through the centre of the building. It missed Thatcher’s living room by inches, but hit her bathroom and bedroom, where her husband Dennis was sleeping. Five people died, but the IRA failed to kill Thatcher and instead they hardened the Prime Minister's resolve to stand up to terrorism.