The Battle of the Denmark Strait – The Sinking of HMS Hood

During the harrowing years of World War Two many naval battles were fought, but it was on May 24th back in 1941 when a significant naval engagement known as the Battle of the Denmark Strait took place.  The battle resulted in the pride of the Royal Navy, the HMS Hood being sunk by the infamous German battleship the Bismarck, killing 1,415 men. 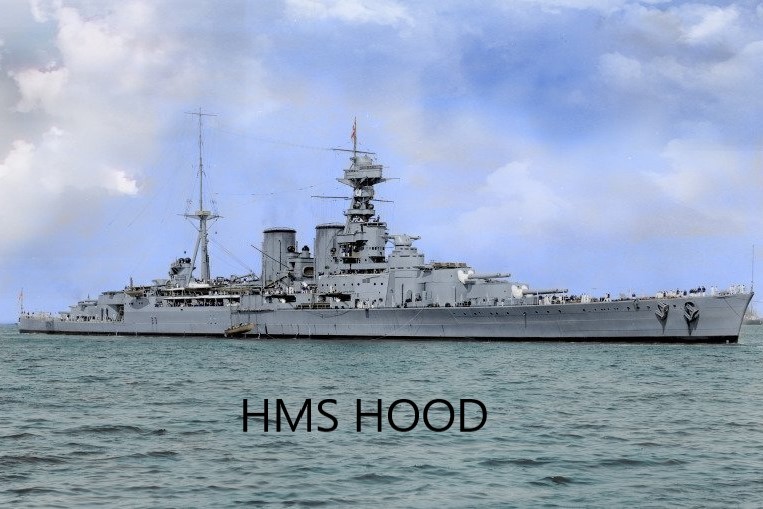 Just days earlier on May 18th, the Bismarck, one of the largest battleships ever built by Germany sailed from the Polish port of Gdynia, with a simple mission, head to the Atlantic and attack British convoys.  It was a mission known as Operation Rheinübung.  She sailed alongside another German ship, the Prinz Eugene, and when they passed Norway the British spotted them. When the German ships sailed south down the Denmark Straits between Iceland and Greenland the British chose to attack. In the early hours the ships engaged each other. At a distance of thirteen miles apart they fired one-ton shells that travelled at 1,600 miles per hour and took almost a minute to reach their intended targets. 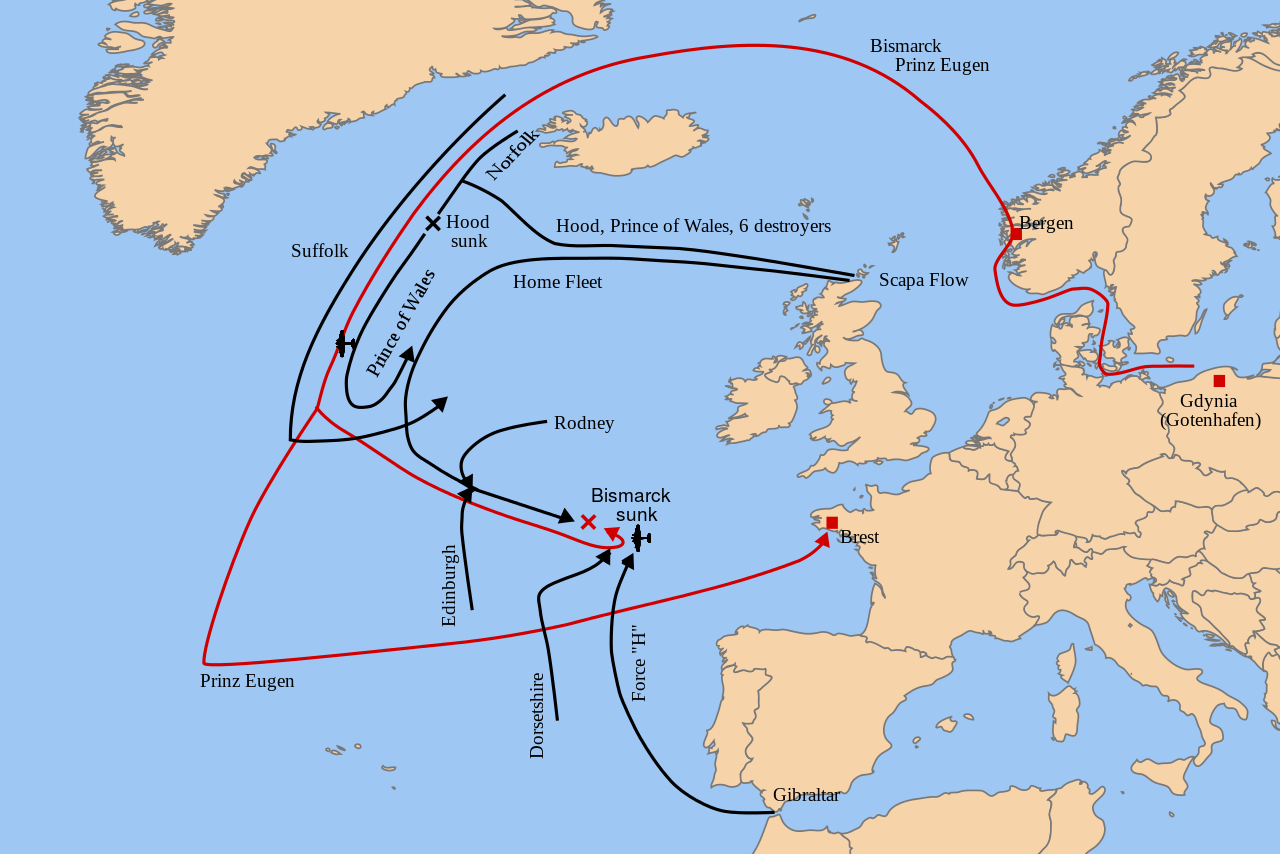 The battle lasted twenty minutes, and despite the fact that the Bismarck took a direct hit she didn’t sink. The HMS Hood wasn’t so lucky. She took a hit that penetrated her ammunition room and caused an almighty explosion that was so powerful it tore the ship in half. Only three members of her crew survived. The incident shocked the world and led to Churchill issuing his famous battle cry “Sink the Bismarck!”, and a fleet consisting of four battleships, two battle cruisers, two aircraft carriers, 21 destroyers and 13 cruisers was dispatched.